Evaluation of the Baltimore City Vacants to Value Program 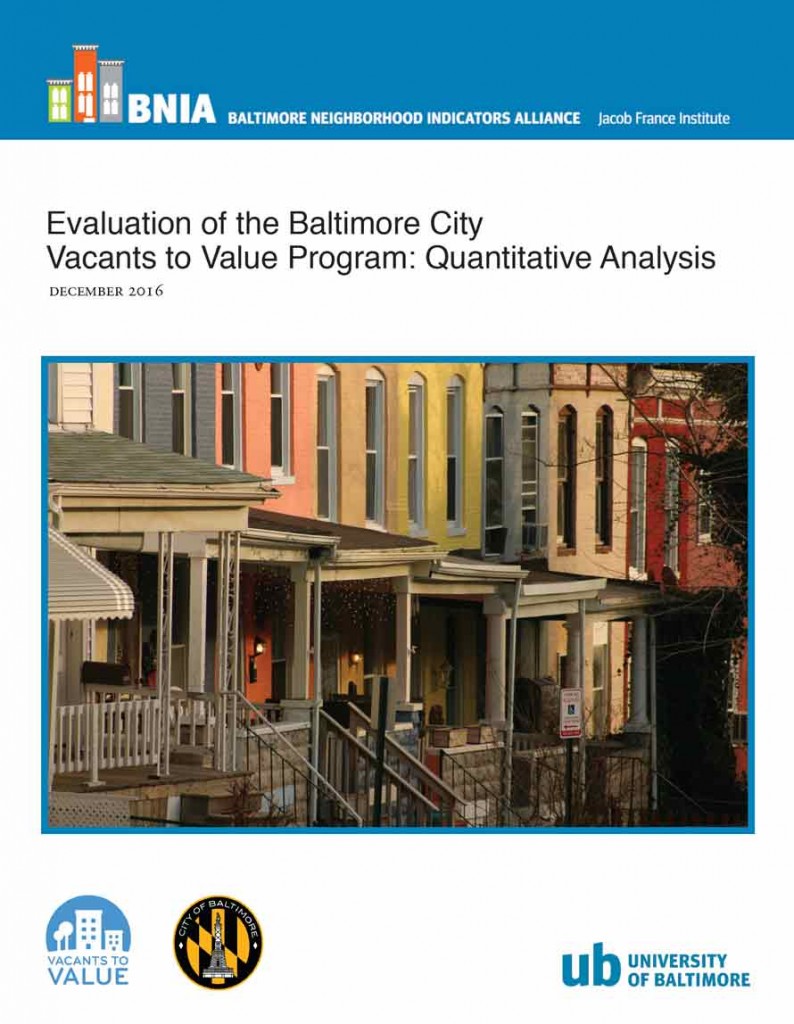 In 2010, the City of Baltimore kicked off the Vacants to Value (V2V) program, a multifaceted strategy to use code enforcement and related tools to reduce the number of vacant properties in the city and put them back into productive use. In 2015, after the program had been underway for five years, the City of Baltimore commissioned the Center for Community Progress, in partnership with the Baltimore Neighborhood Indicators Alliance-Jacob France Institute (BNIA-JFI) and the Schaefer Center of the University of Baltimore, to conduct an evaluation of the City’s Vacants to Value (V2V) program, and make recommendations for future program directions.

Evaluation of the Baltimore City Vacants to Value Program: Quantitative Analysis conducted by BNIA-JFI contains the quantitative assessment of measurable trends and statistically significant findings to inform not only Baltimore’s program, but potentially other urban programs as well.

See Full Report from the Center for Community Progress: TACKLING THE CHALLENGE OF BLIGHT IN BALTIMORE