by Logan Shertz on September 2, 2020 with 0 comments Data Science Corps

On August 1st, 2019 Baltimore City launched a shared dockless vehicle program where a user can rent a scooter using a mobile app. The Scooters are owned by the private companies like Jump, Lime, Spin, and Bolt. There is a charged fixed rate (~$1) to unlock a vehicle and then per-minute charge to ride ($0.15 – $0.29). A rider can rent a scooter by using a credit or debit card but must also have  a driver’s license or state ID. There are also scaled payment options for low income families. Current prices are displayed in the app before you start your rent.

BNIA-JFI  received 5 months of data from Baltimore City Department of Transportation  from August 2019 to December 2019. There were a total of 232,580 trips in the month of August and 282,817 in September. We took the coordinates and were able to plot all of the routes taken by the scooters over the course of the 5 months (See map below): 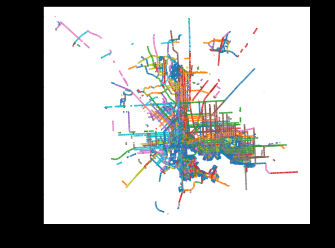 These lines indicate the one trip journey, however, the data does not provide information about which points are the “starting” and which are the “ending”. These are the routes over the course of a month and they look identical on any given month. We then took these routes and plotted them on a map of total population by neighborhoods in Baltimore City. 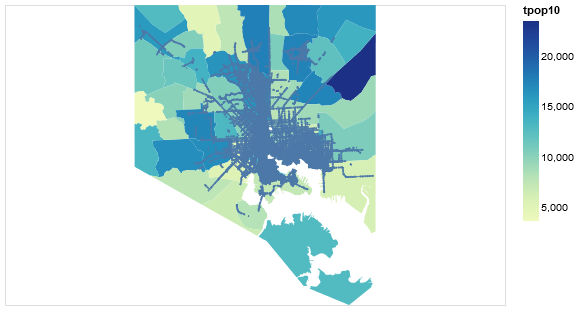 At first glance, we could tell there was a lot of congestion in central areas of the City with a lack of distribution in some others areas. Our initial findings have shown that routes and scooter usage were primarily focused on the “White L” while travel is very limited on the “Black Butterfly”(Courtesy/Lawrence Brown) , and even on the outskirts of the city. 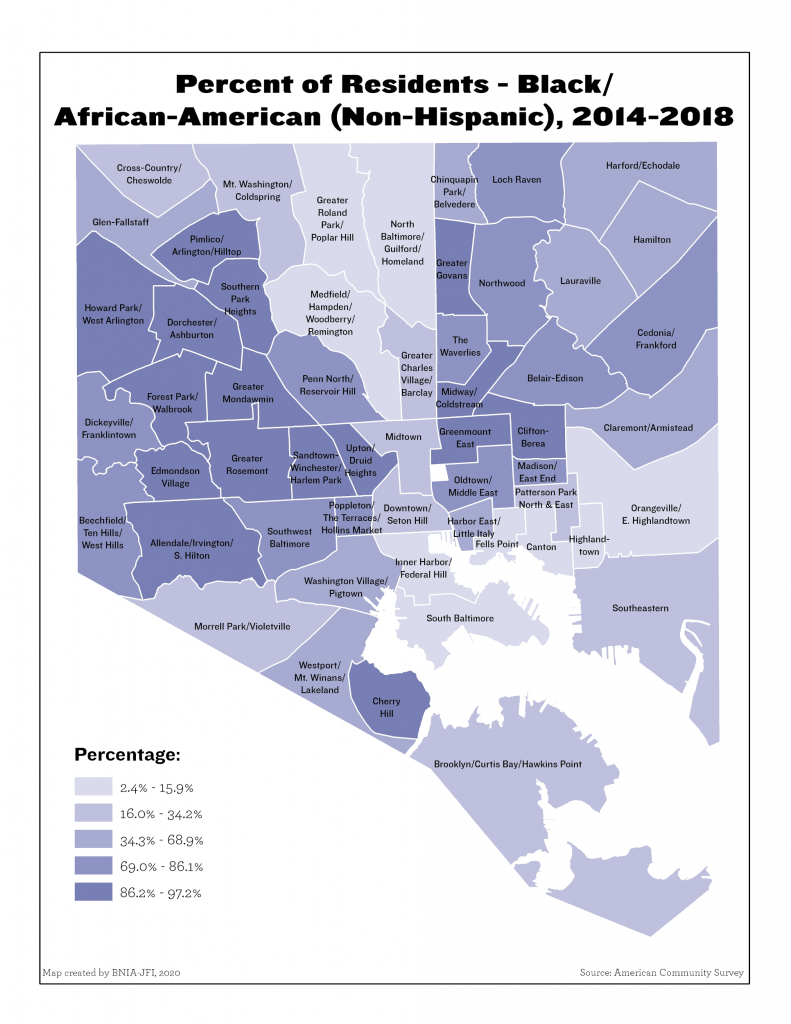 Baltimore City has a population of about 616,000 citizens and has 55 neighborhoods. Currently, the majority of the city does not have regular access to this useful form of transportation. 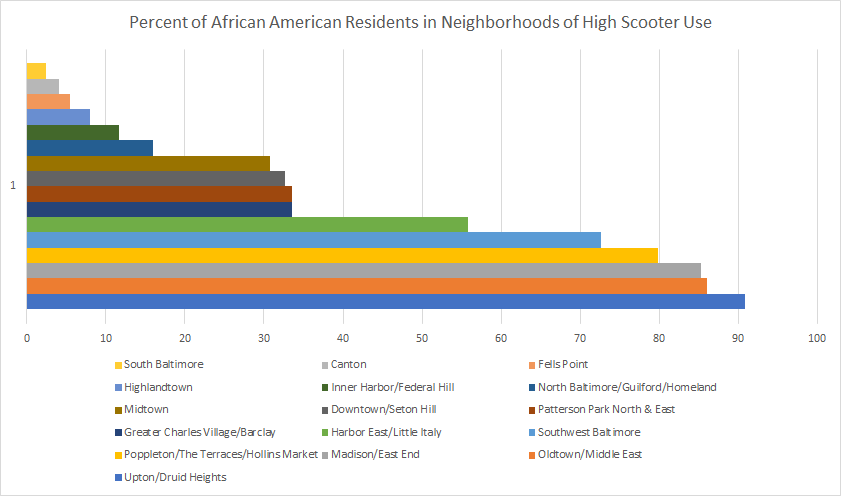 Sixteen neighborhoods in Baltimore City are currently making use of the dockless scooter program, but only six of these neighborhoods have over 50% African-American population.  This highlights a huge disparity between the equal access to the scooters. Despite this only appearing to be an issue for neighborhoods in the “Black-Butterfly” this is also affecting the population as a whole. 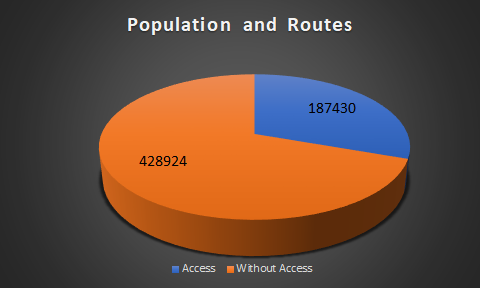 70% of the population or 428,924 individuals live in a neighborhood without access to a scooter. Where only 30% of the population has a lot of exposure to the resource. Outside of the “White L”, there are still significant levels of employment and workers who would greatly benefit from scooter access. 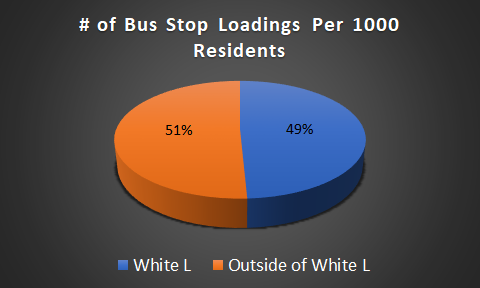 Despite the uneven scooter distribution, the two areas have the same number of bus loadings per 1000 residents. 50% of Baltimore City residents cannot utilize last mile transportation. As scooters are primarily used for last mile transportation, we now see that a larger portion of the population with an equal number of bus stop loadings is unable to utilize a quality of life enhancer. 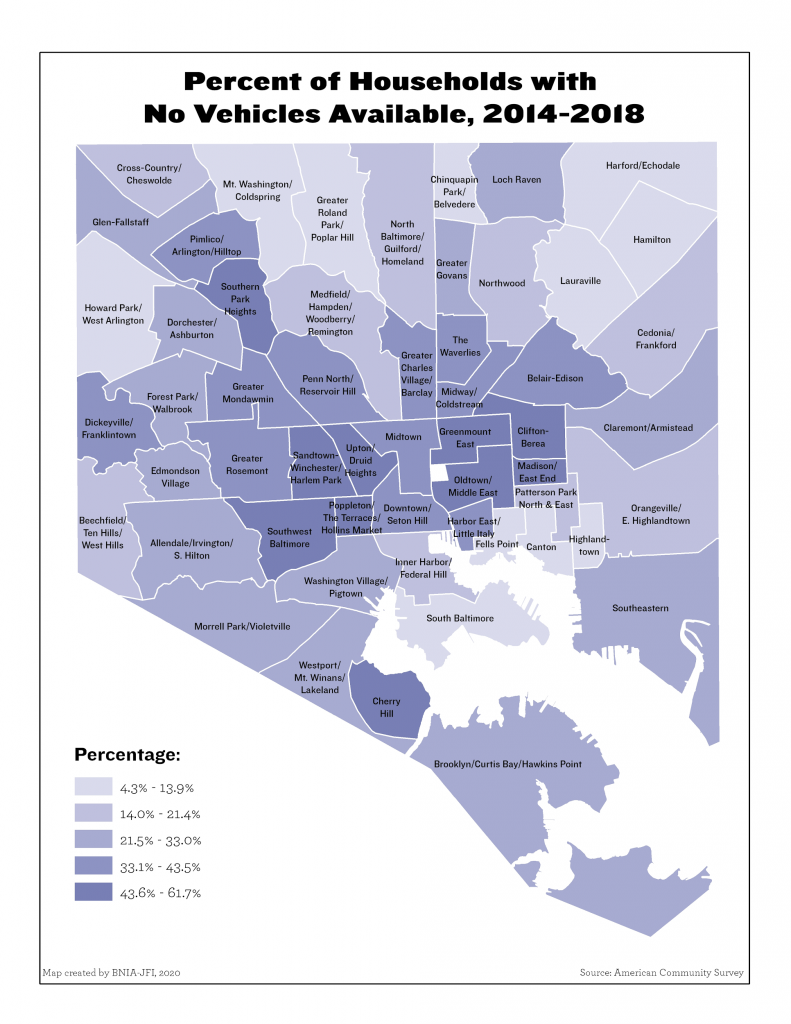 We can also see from the graph above that a lot of households outside of the “White L” do not have a personal vehicle available. This means they must rely on walking or either public transportation to take them to school, work, and run errands. Using all of the information we’ve gathered, it seems that there are several neighborhoods in Baltimore that can have a significant increase in their quality of life if they gain access to scooters.

There are a number of questions that are worth asking which we could benefit from finding out. How are the scooters distributed after they have been charged? Are the scooters stuck in a loop, which is why they do not make it out of the “White L”? Could this issue be solved by providing more scooters to Baltimore City? Was there a period of time where they were accessible outside of the “White L” and they were not utilized in other parts of the city?

We do not know where the scooters start once they are distributed, but we may be able to create a probabilistic model that would be able to determine where scooters will end up. We will also be able to predict travel patterns, as well as other information. Moving forward, we are very excited to receive more data from the Baltimore City Department of Transportation, so we will be able to interpret even more information.